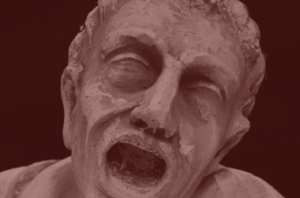 Poor Legion, he was the man possessed with so many demons in Mark 5:1-19  that his name was changed to reflect the number of demons that were tormenting him. He lived among the tombs, crying, and he regularly cut himself. He was strong enough to break any chains that the people used to try to control him. It is probably a safe bet to assume he did many other things, embarrassing and shameful things. Jesus delivered him from those demons, and he wanted to be with his deliverer. Yet, Jesus told him no. He had to go back to the people who probably hated and feared him for all of his behavior when he was still possessed. To anyone who became a Christian as an adult after doing many shameful things, this would be a tough thing to hear, and it is tough to live through. Knowing that you have changed but others around you refusing to give you a chance to be the person that you know you could be. We must look at this from a different perspective to understand why Jesus made him go back to his own town.
Jesus had been told he wasn’t wanted in town, by people who were both frightened by the power of someone who had control of demons, and they were mad at losing livestock. Yes, Jesus could have forced his way into town, but force isn’t exactly a good way of winning hearts and minds.  Yes, I am sure the former demoniac had trouble once he came back into town.  It would be incredibly difficult to trust him again, but even the most cynical of them will see him from afar and will have known that something phenomenal happened that day.  To those who have had the incredible difficulty of trying to convince people that you are better than you once were, I know that it is lonely, but keep up the good fight. Realize it or not, you are effecting change in the hearts of men. There are people around you wondering how you made the change that you made. God sees your struggles, and you will be rewarded one day.