Christians are often accused of taking a “blind leap into the dark.” However, my father Josh set out to disprove the Christian faith historically, but instead found the evidence powerful and convincing. So, when he became a Christian, it wasn’t a blind leap into the dark, but a knowledgeable step into the light. He placed the evidence onto the scales, and in his estimation, it tipped in favor of Jesus Christ as the Son of God, resurrected from the dead. You may be convinced by the evidence. On the other hand, you may find it wanting. But the claim that “faith is blind” simply ignores the biblical and historical evidence. In fact, only someone who hasn’t truly weighed the evidence could make such a claim. If you haven’t considered the evidence yet, maybe now is the time. — Sean McDowell (from, Clearing the Fog: “Christianity Doesn’t Need Evidence Because Faith is Blind”) 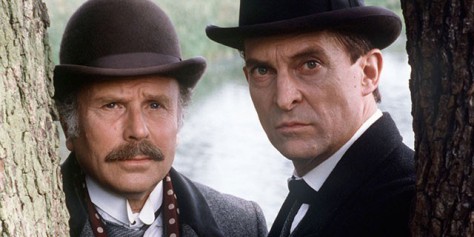 Many who believe Jesus was a myth have no qualms about profiting off him, as retailer Mulberry’s replaced the baby Jesus in the manger with a $1,500 purse this Christmas shopping season. The use of “Jesus Mythology” in advertisements and Christmas sales treats the real person of Jesus Christ with irreverence, and it is something Christians need to correct.HOW HISTORY IS DETERMINEDIt is now common during Christmastime to doubt the claims of Christianity by perpetuating stories that Jesus was a mythical figure brought on by legend. The problem today is that many do not know how history is determined. What makes history real? The primary way historians determine if past events really occurred is through examination of ancient documentation.

Read more at: Skeptics commercialize the “myth” of Jesus « The Chimes | Biola University

Awesome video about the evidence for Christianity, from a homicide detective’s perspective.

This video isn’t over when you think it is, listen to the end.