It has been a couple of days since Ravi Zacharias moved on to live with the Lord.  Someone I listen to a lot just replayed an interview they did with him while he was still with us.  Ravi recounted how when he was a kid of 17 he tried to commit suicide, and while he was in that hospital bed a man came in to give a Bible to Ravi. He wasn’t allowed to stay long, but his mother then read to him the book of John out loud .  It was that reading that saved his life and his soul.

Since that glorious day Ravi became a preacher, and led many other preachers to be, to the lord. He has changed the lives of people all over the world with his books and sermons, and he equipt others to do the same. We don’t know who that man was who gave Ravi that Bible, but it dawns on me that the man may think that he is a failure in life when actually he is a WORLD MOVER! Even if he never witnessed to anyone again, his life brought possible millions to Christ, and through the people, Ravi taught is still bringing people to Christ today. Even if you never see the fruit of the things that you do, don’t give up. You never know what God will do with the seeds that you plant.

Please check out some of Ravi’s books through my paid affiliate at Amazon. 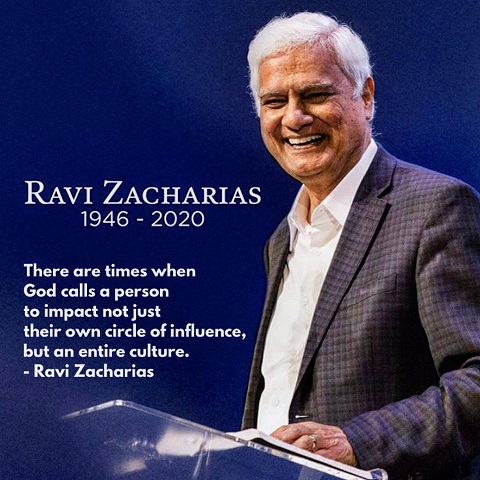