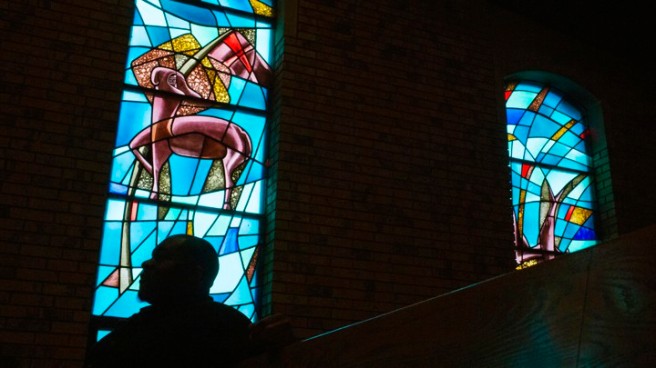 When Justina Walford moved to New York City nine years ago, she’d never felt more alone. She’d left behind her Church, her God, and her old city, Los Angeles. Then a secular congregation called Sunday Assembly filled the spiritual void—at least for a time.Walford had just turned 40. As a child, she had been deeply religious. Her parents had no interest in religion, and didn’t understand why she would; they’d sent her to a Christian school in hopes of good discipline and education. But Justina fell headlong into faith, delighting in her Church community and dreaming of one day becoming a pastor herself.By the time she turned up in New York, her faith had long since unraveled, a casualty of overseas travel that made her question how any one religious community could have a monopoly on truth. But still she grieved the loss of God. “It was like breaking up with someone that you thought was your soulmate,” Walford told me. “It’s for the better. It’s for your own good,” she remembered thinking. Even though it no longer made sense to her to believe, she felt a gaping hole where her Church—her people, her psalms, her stained-glass windows—used to be.Then Walford read an article about Sunday Assembly, a community started in Great Britain in 2013 that had spread quickly across the Atlantic to her doorstep. Members gather on Sundays, sing together, listen to speakers, and converse over coffee and donuts. Meetings are meant to be just like Church services—but without God. “ shed her faith, she joined a large and fast-growing group—the “nones,” or the religiously unaffiliated. According to data from the latest version of the Public Religion Research Institute’s annual “American Values Atlas,” 25 percent of Americans today are religiously unaffiliated, up from single digits in the 1990s. Among young people, that number is 39 percent. Those numbers describe not

2 thoughts on “Secular Churches Rethink Their Sales Pitch – The Atlantic”