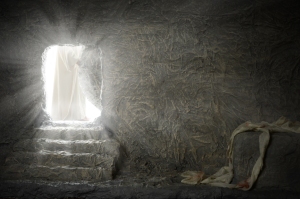 Doubting Thomas gets a bad rap. Sure he is was the last person in Christ inner circle to believe that Jesus was resurrected, but the others were not exactly waiting at the tomb on Sunday morning.  They were told no less than 9 times that Jesus would rise again.
If you or I made that claim everyone would think that we were nuts, but Jesus had shown them his power over and over again. He had resurrected  Jairus’s daughter
(Luke 8:41-42) and   Luke 8:49-55)  He also resurrected Lazarus in John 11:11-45 and many other miracles. He had some pretty impressive credentials, yet they were all shocked when he did what he said he would. When Jesus appeared to 10 apostles they thought that he was a ghost, Jesus had to let them examine his body, and let them watch him eat to prove he was alive! Luke 24:36-43
Read more at Doubting Disciples