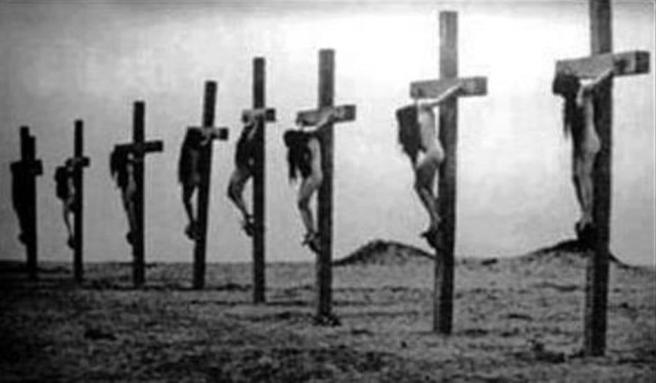 April 24, marks the “Great Crime,” that is, the genocide of Christians—mostly Armenians but also Assyrians and Greeks—that took place under the Islamic Ottoman Empire, throughout World War I.  Then, in an attempt to wipe out as many Christians as possible, the Turks massacred approximately 1.5 million Armenians, 300,000 Assyrians, and 750,000 Greeks. Most objective American historians who have studied the question unequivocally agree that it was a deliberate, calculated genocide: More than one million Armenians perished as the result of execution, starvation, disease, the harsh environment, and physical abuse.  A people who lived in eastern Turkey for nearly 3,000 years [more than double the amount of time the invading Islamic Turks had occupied Anatolia, now known as “Turkey”] lost its homeland and was profoundly decimated in the first large-scale genocide of the twentieth century.  At the beginning of 1915 there were some two million Armenians within Turkey; today there are fewer than 60,000….