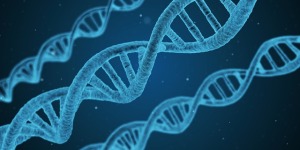 Since the 1960’s, the drug noscapine has been used in many parts of the world as a non-narcotic cough-suppressant. Recently, biomedical researchers have learned that noscapine (and chemically-modified derivatives of this drug) has potential as a cancer drug. And that is nothing to sneeze at.
The use of the drug for nearly a half century as a cough suppressant means the safety of noscapine has already been established. In fact, pre-clinical studies indicate that noscapine has fewer side effects than many anti-cancer drugs.
Unfortunately, the source of noscapine is opium poppies. Even though tens of tons of noscapine is isolated each year from thousands of tons of raw plant material, biochemical engineers question if the agricultural supply line can meet the extra demand if noscapine finds use as an anti-cancer agent. Estimates indicate that the amounts of noscapine needed for cancer treatments would be about ten times the amount currently produced for its use as a cough suppressant. Complicating matters are the extensive regulations and bureaucratic red tape associated with growing poppy plants and extracting chemical materials from them.
Read more at: A Genetically Engineered Case for a Creator