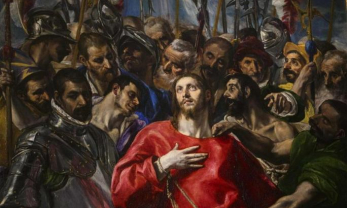 There are so many different versions of Jesus that are talked about in the world today!
Some say that they are all the same Jesus from different perspectives.  While perspective can have a role to play, it can not explain away all the different descriptions of Jesus.
What if someone said that they knew Michael Caine, but they described a young black American gay guy?  You would know very quickly that they were not talking about the 85-year-old British man who has been married to two different women, one of them since 1973, who played Batman’s butler. They could not be the same person!

The same could be said for Jesus. One description of Jesus is that he was a Hindu Guru that spent much of his life in India, but this does not describe the Biblical Jesus

Matthew 13:54-57 (KJV)
54 And when he was come into his own country, he taught them in their synagogue, insomuch that they were astonished, and said, Whence hath this man this wisdom, and these mighty works?

55 Is not this the carpenter’s son? is not his mother called Mary? and his brethren, James, and Joses, and Simon, and Judas?

56 And his sisters, are they not all with us? Whence then hath this man all these things?

57 And they were offended in him. But Jesus said unto them, A prophet is not without honour, save in his own country, and in his own house.

The people in his own country knew him well enough to know the names of his brothers, and sisters, and even had a local synagogue.

Matthew 2:23 King James Version (KJV)
23 And he came and dwelt in a city called Nazareth: that it might be fulfilled which was spoken by the prophets, He shall be called a Nazarene.

Hebrews 9:27 King James Version (KJV)
27 And as it is appointed unto men once to die, but after this the judgment:

I will be updating this post soon, please comment if you want me to send you a message when I do.