People spend too much time finding other people to blame, too much energy finding excuses for not being what they are capable of being, and not enough energy putting themselves on the line, growing out of the past, and getting on with their lives.
J. Michael Straczynski

Some would say blame-shifting is a popular trend these days. It does seem as though our society promotes this idea of abdicating accountability. Despite what we think, people have been making excuses since the first man and woman. Apparently, nobody ever likes to be caught doing something they shouldn’t, or failing to do something they should.

Read more at: Why are you making excuses? – Elihu’s Corner 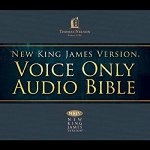 If you don’t have time to read the Bible, try listening to it instead

2 thoughts on “Why are you making excuses? – Elihu’s Corner”