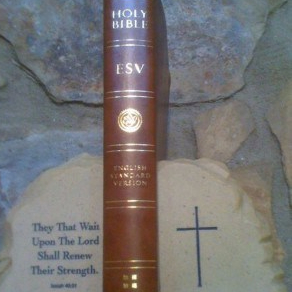 Many of us from time to time feel useless.  Many simply just don’t want to hear what we a Christians are talking about. Some get angry. We often never see the impact that we make on others, and it can lead to a very dark place, where we want to just give up.

When I feel like that an episode of the Twilight Zone of all things brings me back to Earth. The episode is called “The Changing of the Guard” It is about an English teacher who has been teaching for 50 years.  He is forced into retirement. When he sees what some of his students have accomplished, and he feels like his life in comparison was wasted. It drives him to want to take his life.  Before he can commit suicide, however, he is interrupted by the sound of bells that should not be ringing. When he goes to check it out, he finds that his classroom is filled with the ghost of former students. Each of those students gave their life for the sake of others. One even received the Congressional Medal of Honor for his valiant death.  Each of those students had come back from the grave to tell him that they learned loyalty, ethics, courage, and other things in his class that enabled them to be the brave men that they were. In a sense, their accomplishments were also his.
Often we do not get to see the results of the things that we tell others. You may feel like you haven’t made a difference, but if a simple man teaching literature to young men can inspire courage, and loyalty big enough to actually save lives, just imagine how a teacher of God’s word, with God behind them, can make!

If you are faithfully serving God, you are making an impact, even if you don’t see that impact. God will see to it that you do have one!

To see Changing of the Guard on Amazon Prime click here