There has been a lot of protests lately, and yes according to the First Amendment to the Constitution we do have the right to protest.

Congress shall make no law respecting an establishment of religion, or prohibiting the free exercise thereof; or abridging the freedom of speech, or of the press, or the right of the people peaceably to assemble, and to petition the Government for a redress of grievances.

We should notice that even the first amendment puts a limit on our right to protest.
We must do it peacefully. It doesn’t matter if I like the subject of their protest or not, because speech that everyone likes, doesn’t need protection, speech that we dislike does,

There are more amendments that we the people seem to have forgotten about, namely the ninth amendment.

The enumeration in the Constitution of certain rights shall not be construed to deny or disparage others retained by the people.

Not only is it important to follow the laws of both government and God, as a matter of logic, you don’t earn friends to your cause, by acting like a beast!

Protest all you want, but you can not prevent people from going to work by blocking traffic or hurt others, or the things that belong to them.

Note: there is a period of 19 minutes of Q&A at the end of the lecture.

His full biography is here.

Experimental evidence for the origin of the universe:

I was going to do a cheeky post on Taylor Swift or something, but…I just couldn’t. As much as I realllly didn’t want to write about the election, ignoring the state of our nation right now just didn’t sit well with me.

Scrolling through social media and watching the news today, there was definitely a tone. An overwhelming consensus of, almost arrogant disbelief in our country that manifested in highly divisive and passive aggressive comments.

A few highlights: written by my friends on Facebook or sent directly to me:

Trump supporters are “dumb, uneducated, delusional idiots pushing for change, regardless of what disaster may entail. This country is breeding ignorance.”

“If you voted for Trump, explain to me why your female, black, latino/a, LGBTQ+, and Muslim friends don’t matter to you.”

“Wow. There are racist…

Another reason why an intelligent fine-tuner is necessary for life on earth. 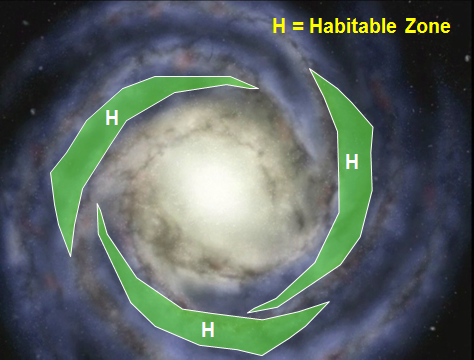 This is going to be old news to readers of this blog who are familiar with the Michael Strauss, Walter Bradley and Guillermo Gonzalez lectures on habitability and fine-tuning. But, it’s nice to see these ideas show up in one of the most prestigious peer-reviewed science journals in the world (if not the most prestigious).

Scientists have known for several years now that stars, galaxies, and almost everything in the universe is moving away from us (and from everything else) at a faster and faster pace. Now, it turns out that the unknown forces behind the rate of this accelerating expansion—a mathematical value called the cosmological constant—may play a previously unexplored role in creating the right conditions for life.

That’s the conclusion of a group of…

It is commonly believed that efforts to help people change their unwanted same-sex attraction (SSA) are unsuccessful. The problem is that professional therapy outcomes are lumped together with outcomes of accountability, prayer, and pastoral counseling. Consequently, if pastoral counseling and prayer appear to have no effect on a person’s attractions, it’s declared that people can’t change and all efforts to help someone change are ineffective. This has led to a lot of confusion. That’s why the Alliance for Therapeutic Choice and Scientific Integrity (ATCSI) is taking action to clear up this confusion. They are the leading scientific group of psychologists, psychiatrists, physicians, and other licensed clinicians who help people with unwanted SSA and/or other related psychological symptoms.