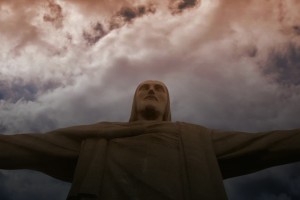 Why We Shouldn’t Be Surprised Some Pre-Christian Deities Are Similar to Jesus jwallace 7 hours ago Jesus, Writings 1,256 Views Print PDF I’ve written about pre-Jesus mythologies and why they fail to prove Jesus is a myth. I originally investigated the issue in an effort to respond to what’s been written or produced in the past 15 years to popularize the notion that Jesus never existed. Movies like Zeitgeist: The Movie and The God Who Wasn’t There attempted to convince a generation of skeptics Jesus was simply a mythological creation of the past, shaped and modeled after the mythological gods who preceded Him. Even though Bart Ehrman (the prominent skeptic and Biblical scholar) has concluded that Jesus actually existed, many of his fellow skeptics continue to argue against this conclusion. In an effort to make the case that Jesus is simply a re-creation of prior deities, many “Jesus Mythers” have referenced similarities between the real Christ and His imaginary predecessors. While these similarities are always dramatically overstated (more on that in tomorrow’s post), I think it is fair to first address why there might be any similarities at all between Jesus and the ancient mythologies to which He is often compared.

Read More at: Why We Shouldn’t Be Surprised Some Pre-Christian Deities Are Similar to Jesus | Cold Case Christianity