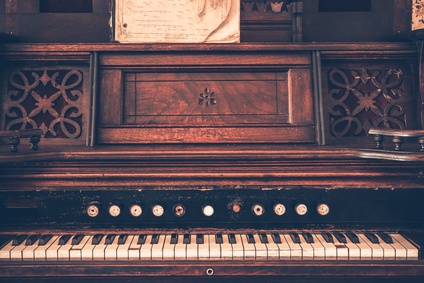 I have been to many different churches in my lifetime, most of them were mainstream denominations. All except for my current one played only traditional Christian music. I left the others for various reasons including a pastor that was cheating on his wife with multiple men, and a pastor that told me that I read the Bible too much, and every week was reminding me more and more of the Jehovah’s Witnesses I knew.
It wasn’t until I found my current church that I found one that I was incredibly happy with, all churches have issues, but mine is the best. It is the most biblical church that I have ever attended. This church has two Sunday morning services. The early one plays modern Christian music, and the later one plays traditional hymns. Both have the same biblical service.  Yet I keep hearing people say that Churches that play modern songs are liberal and anti-Christian. If my church is anti-biblical, I really need for someone to point out exactly what it is doing wrong with scripture.   It is possible that my church is unique, but my point still stays the same.
Churches that play hymns can be unbiblical, and churches that play modern Christian music can be biblical.
Church isn’t about the music played, it is about God if the people in it are glorifying the God of the Bible with their hearts and their minds, it is a good church regardless of the speed of the music, or the instruments being used.

Below is a song that is a favorite of my church.

19 For though I be free from all men, yet have I made myself servant unto all, that I might gain the more.

22 To the weak became I as weak, that I might gain the weak: I am made all things to all men, that I might by all means save some.

23 And this I do for the gospel’s sake, that I might be partaker thereof with you.

If Paul could become all things to all people, why can’t we sing to modern people to attract them to the true Gospel?

If you liked the song above, please consider buying it or listening to it free with Amazon Prime Music
Glorious Day (Living He Loved Me) by Casting Crowns